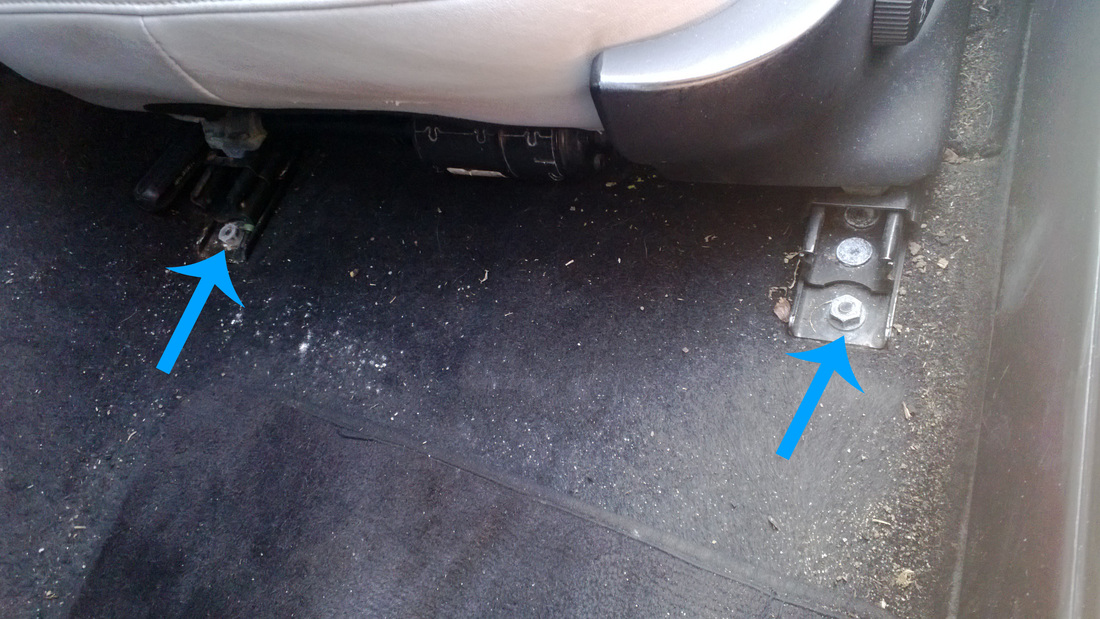 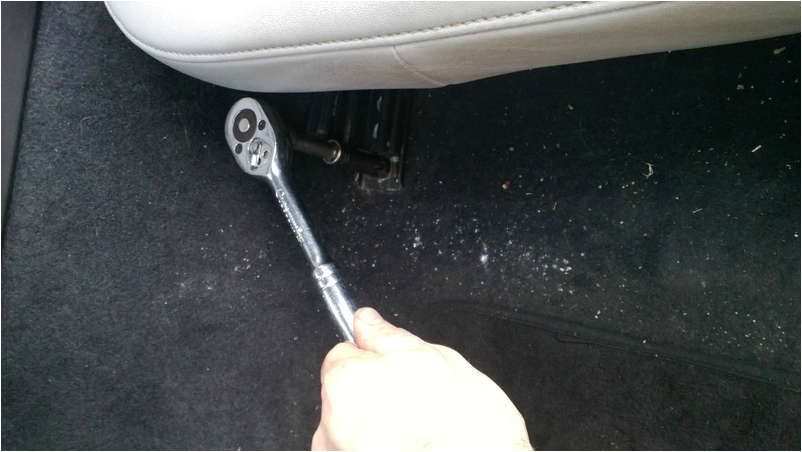 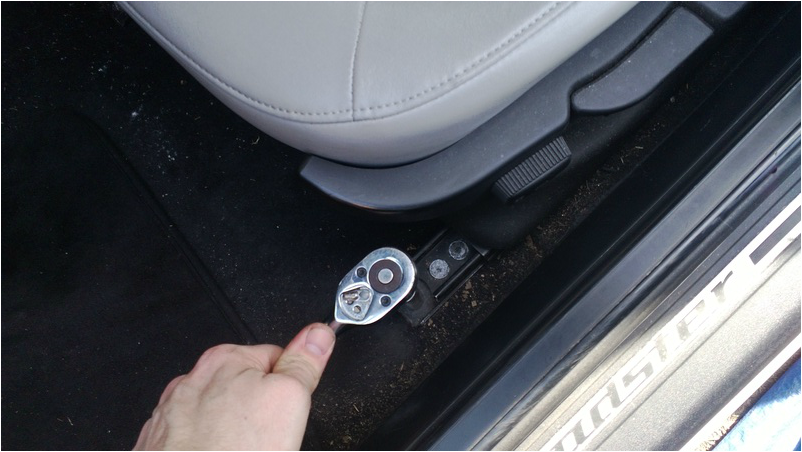 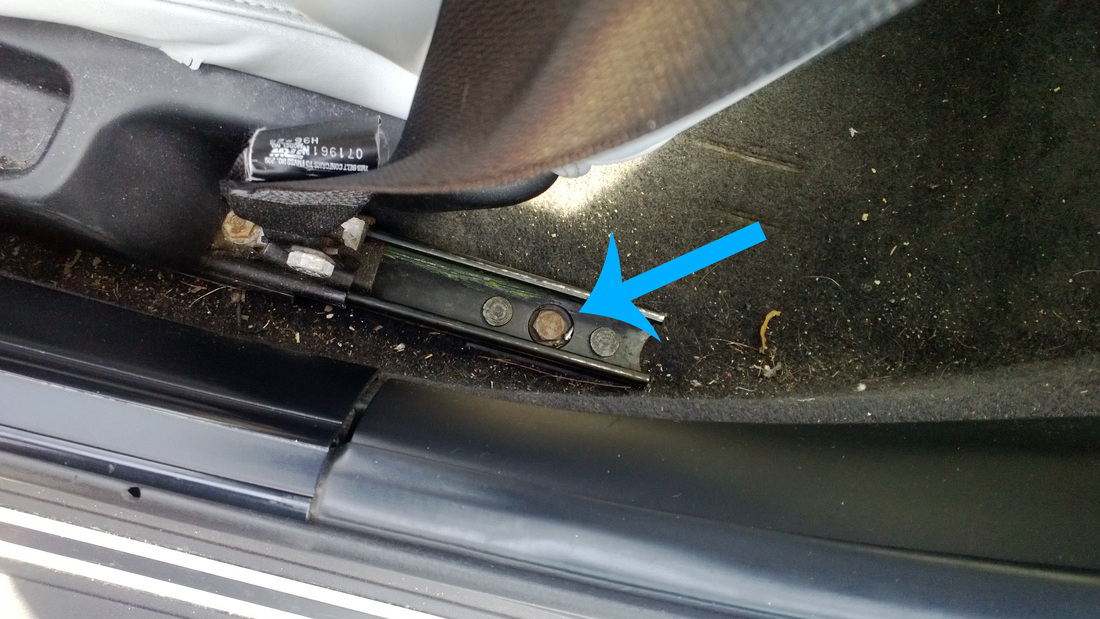 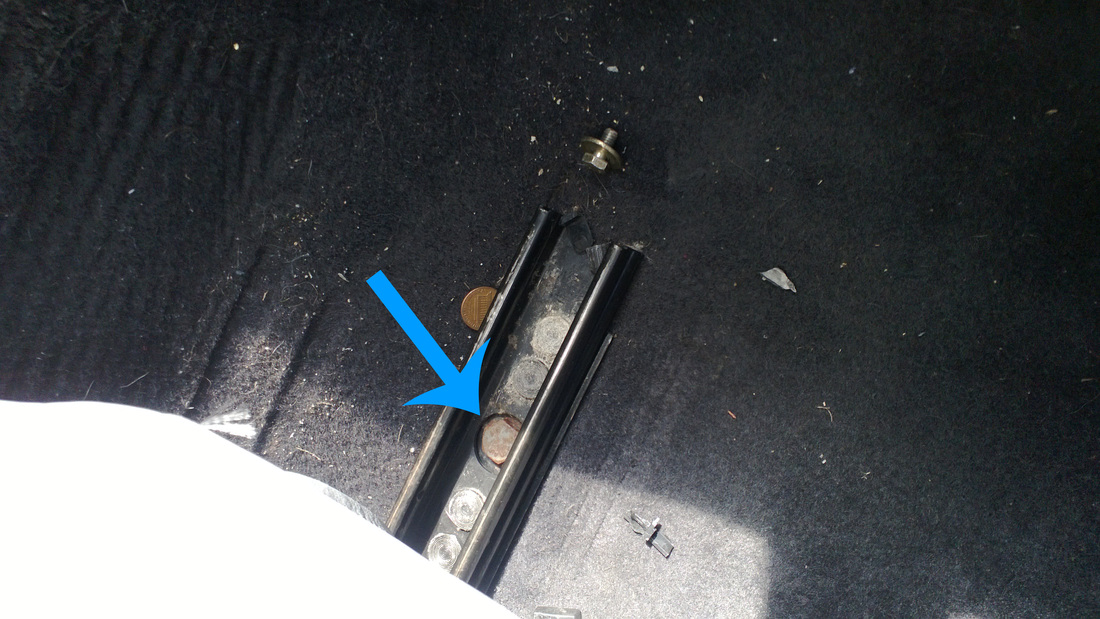 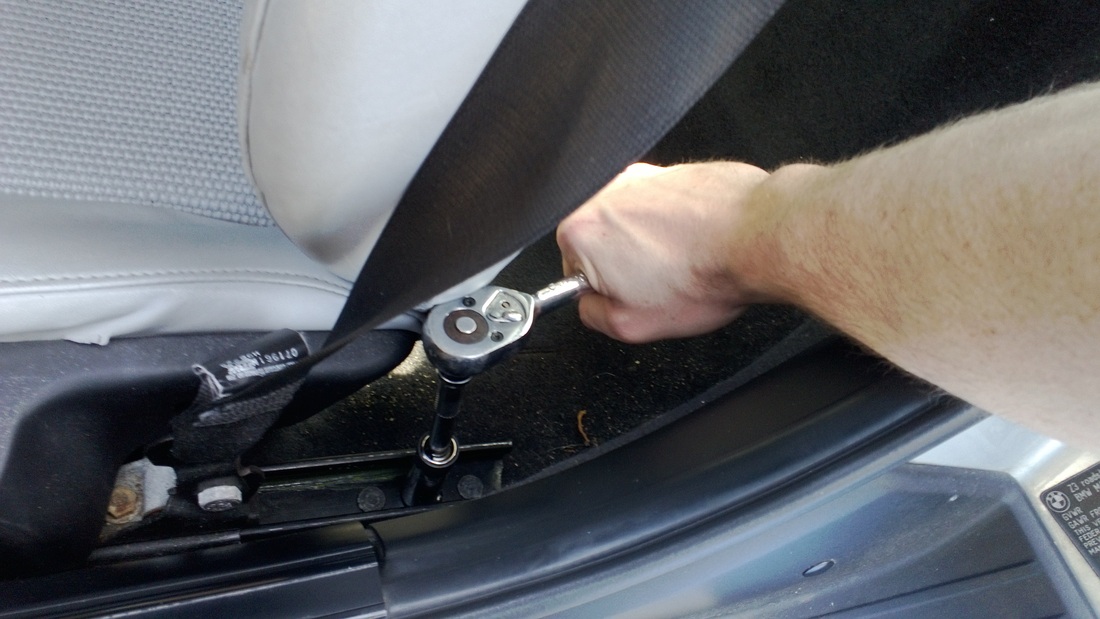 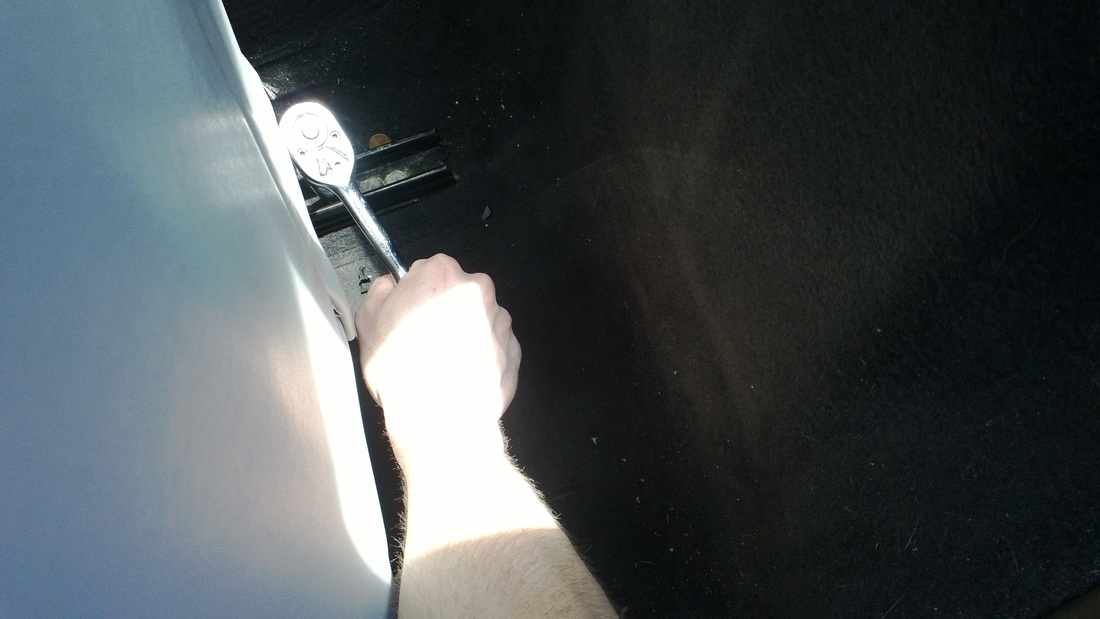 Tilt the chair on its side until you can see the connectors, warning they are short!
Remove the connectors: Orange, Small Black, Large Black and Large White. On the passenger side there will be another connector for the seat occupancy module.
Remove the seat and place it on a tarp. 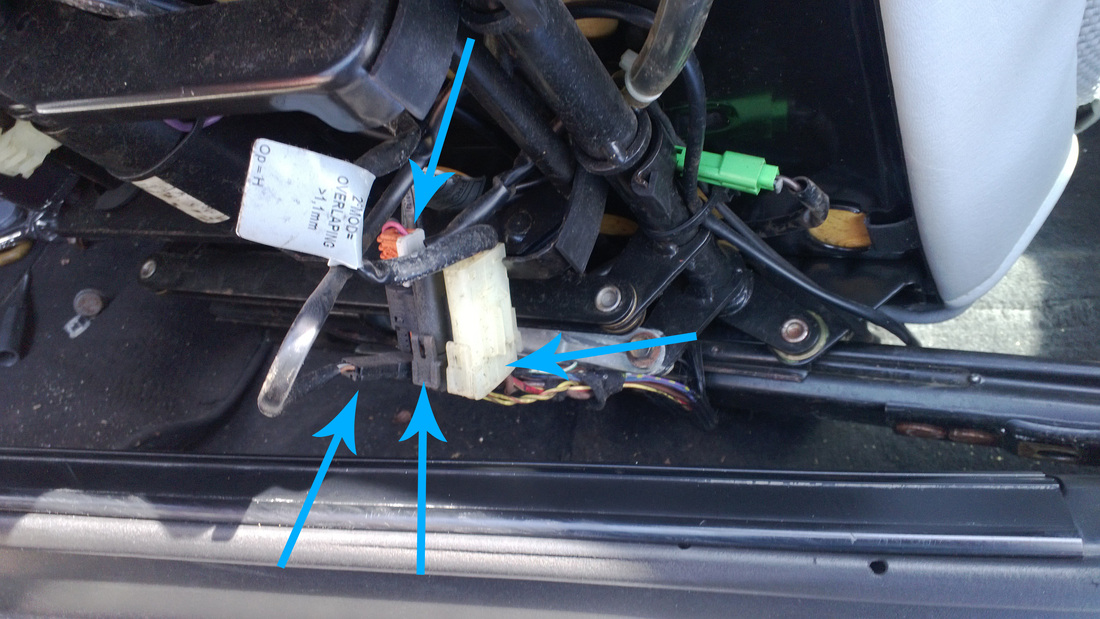 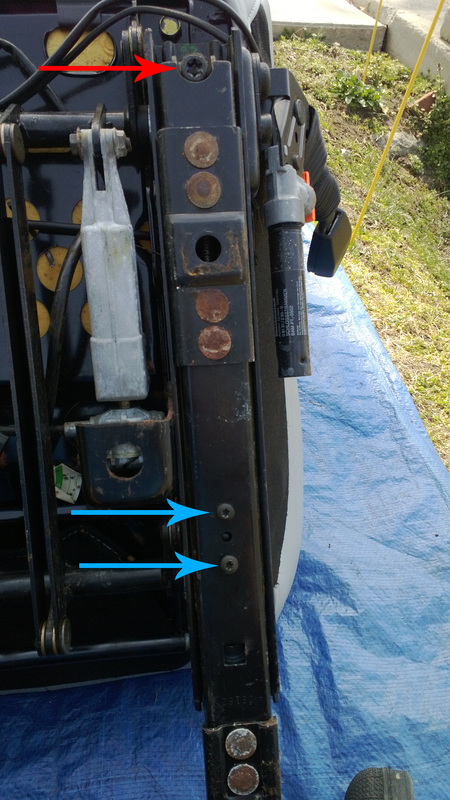 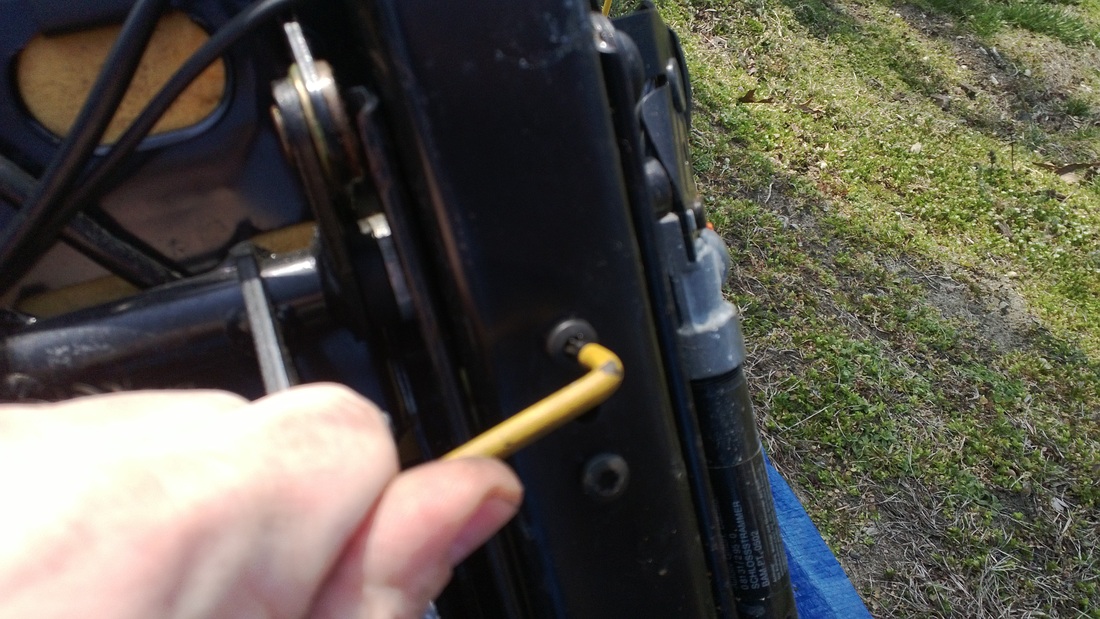 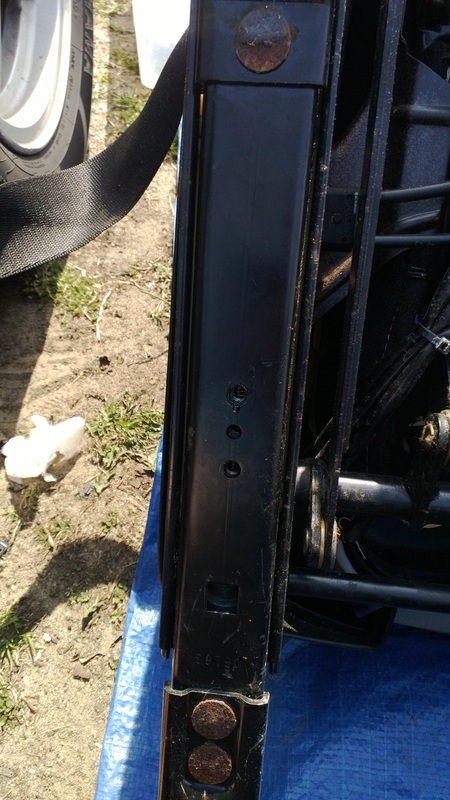 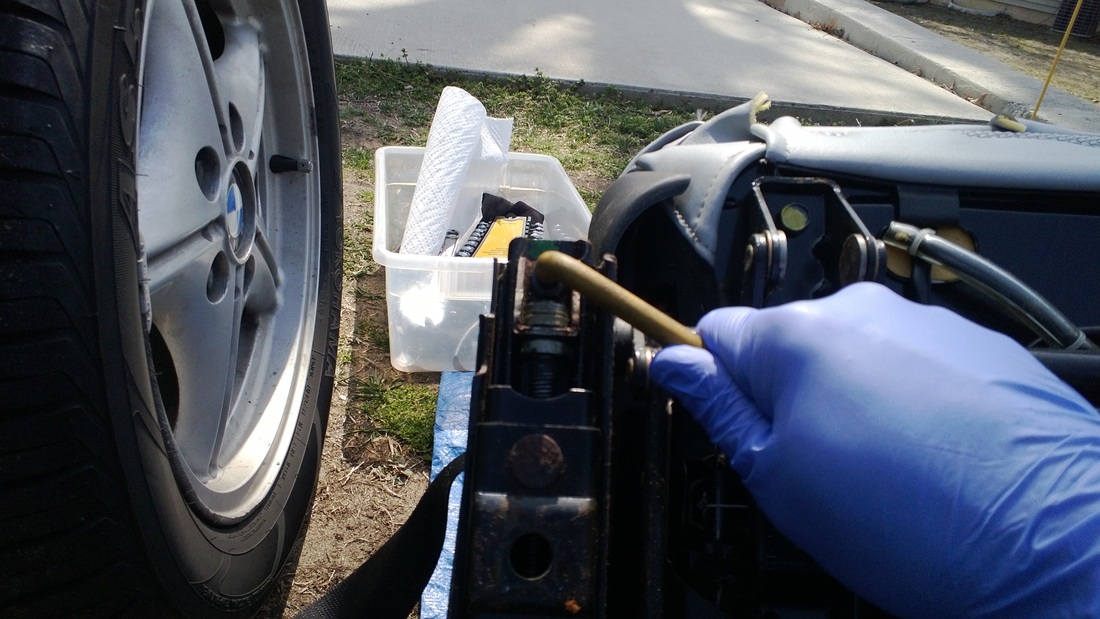 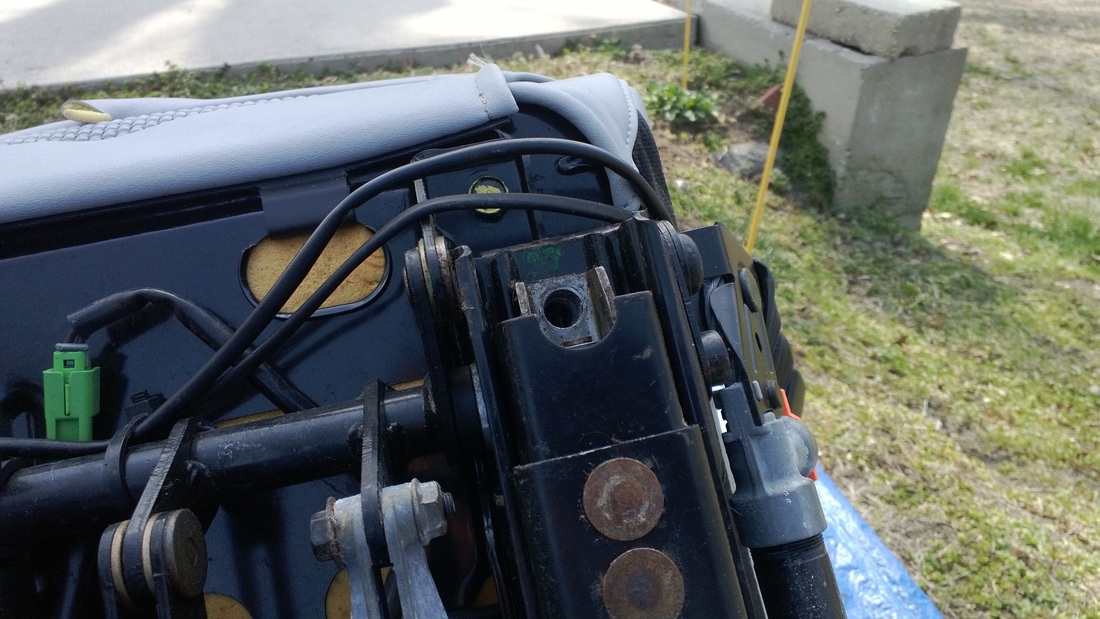 Remove the seat gear, once the T50 bolt is removed you can pull up on the gear as you slide the rail up at the same time. Make sure to put the gear pin back in if it sticks in the bottom of the gear. 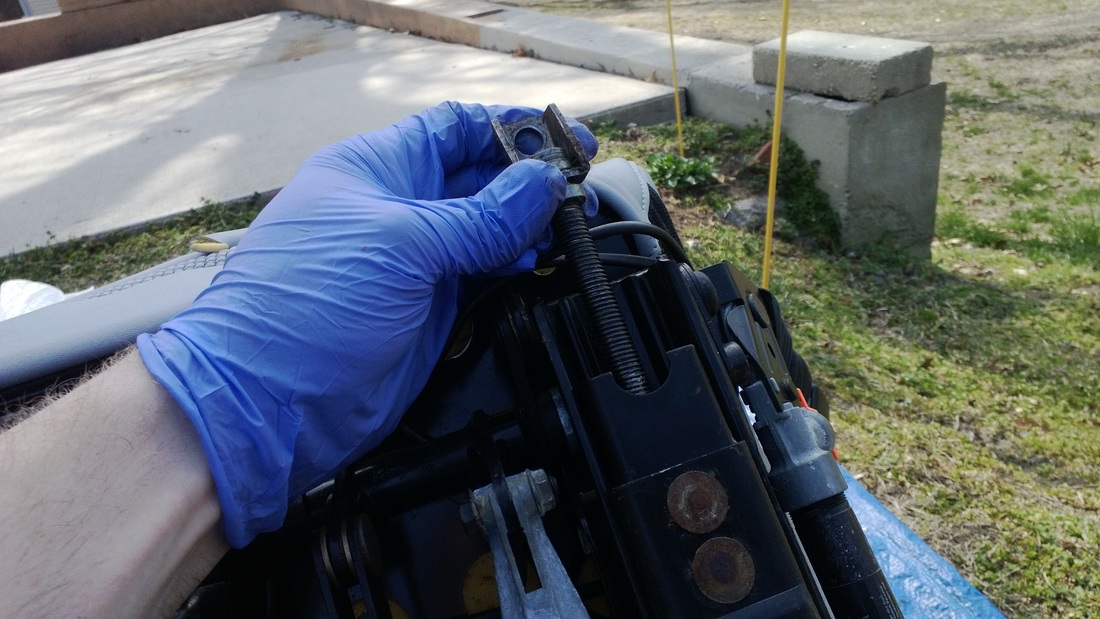 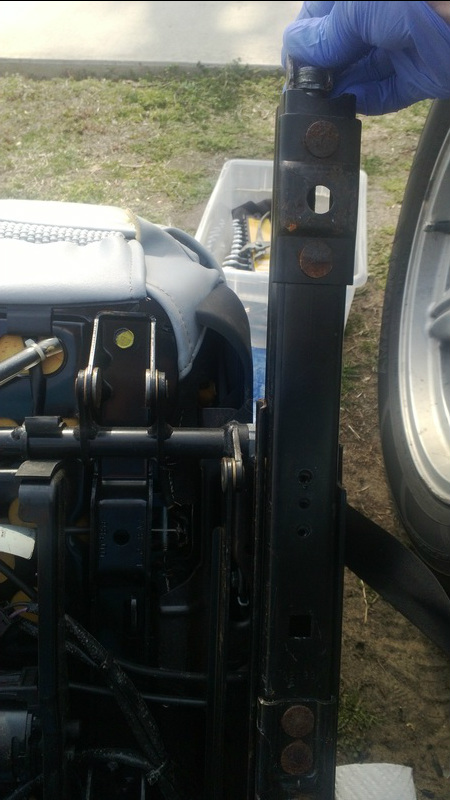 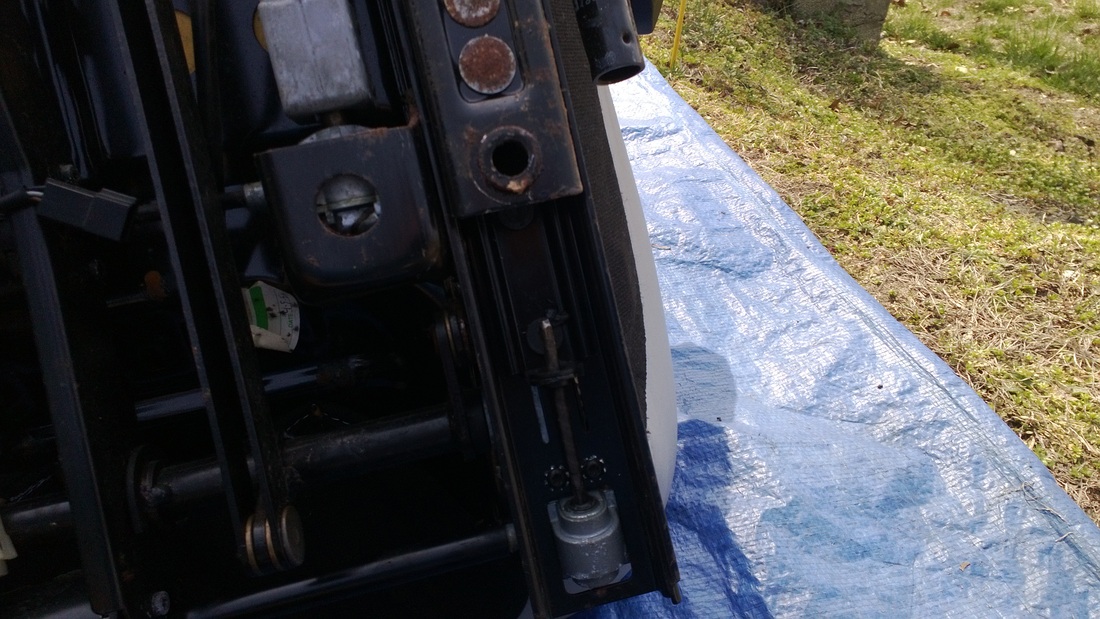 Spin the bushing holder from the gear. Clean out the old pieces of disintegrated bushing, then prepare the new ones by coating them in grease. Put the bushings on each side and then put the metal piece in the middle. coat the gear with grease then spin the bushing back on. Make sure you leave the same amount of threads that you started with [about 5]. 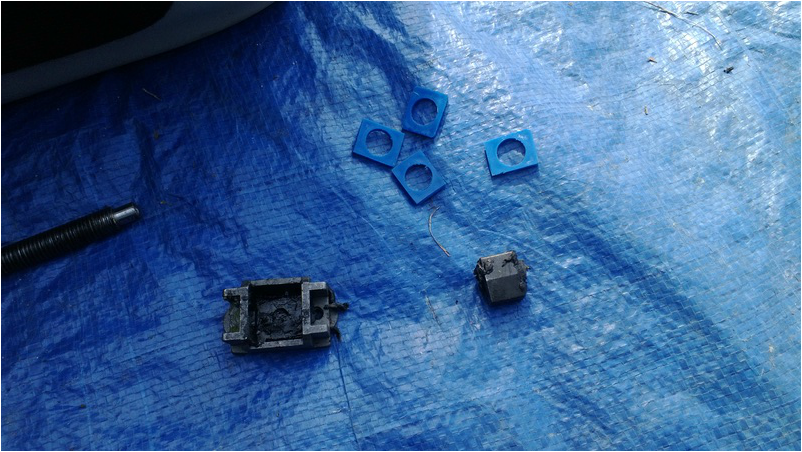 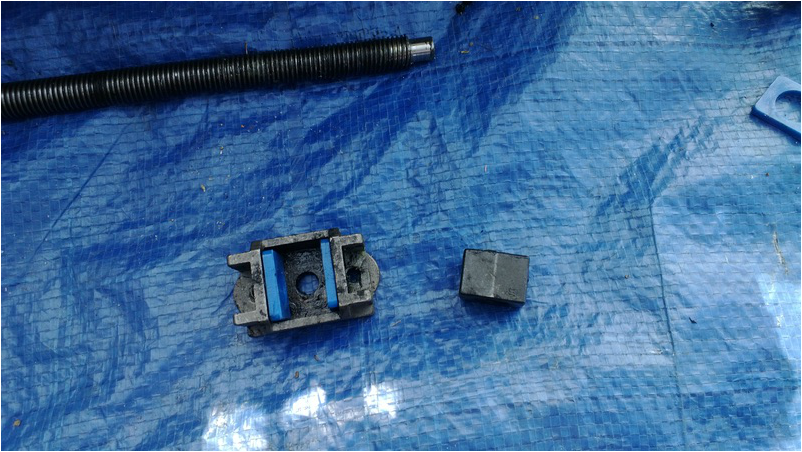 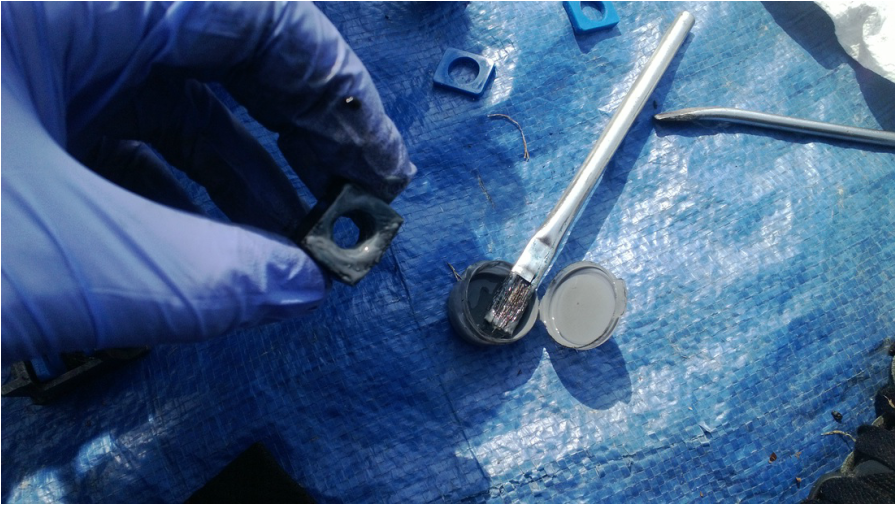 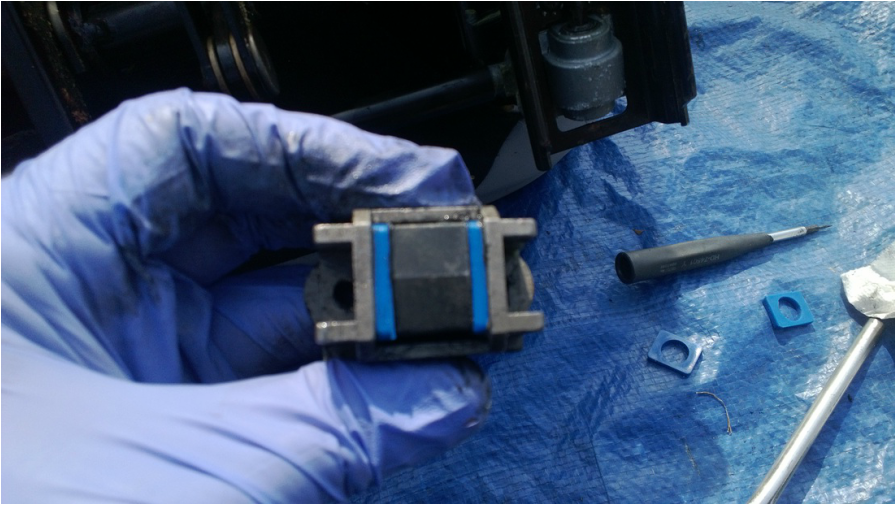 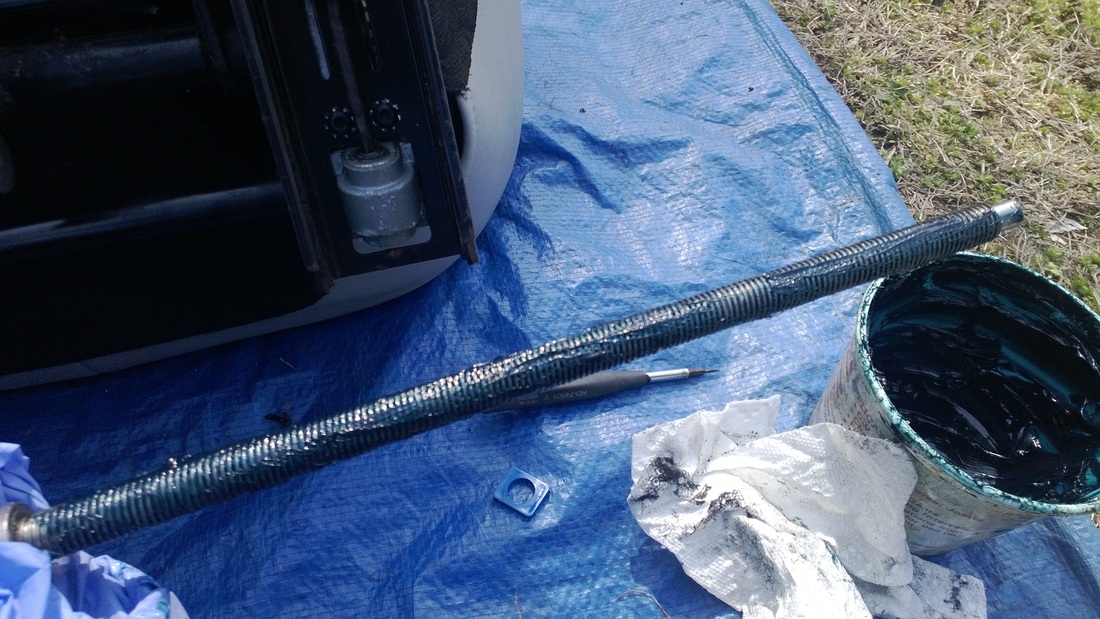 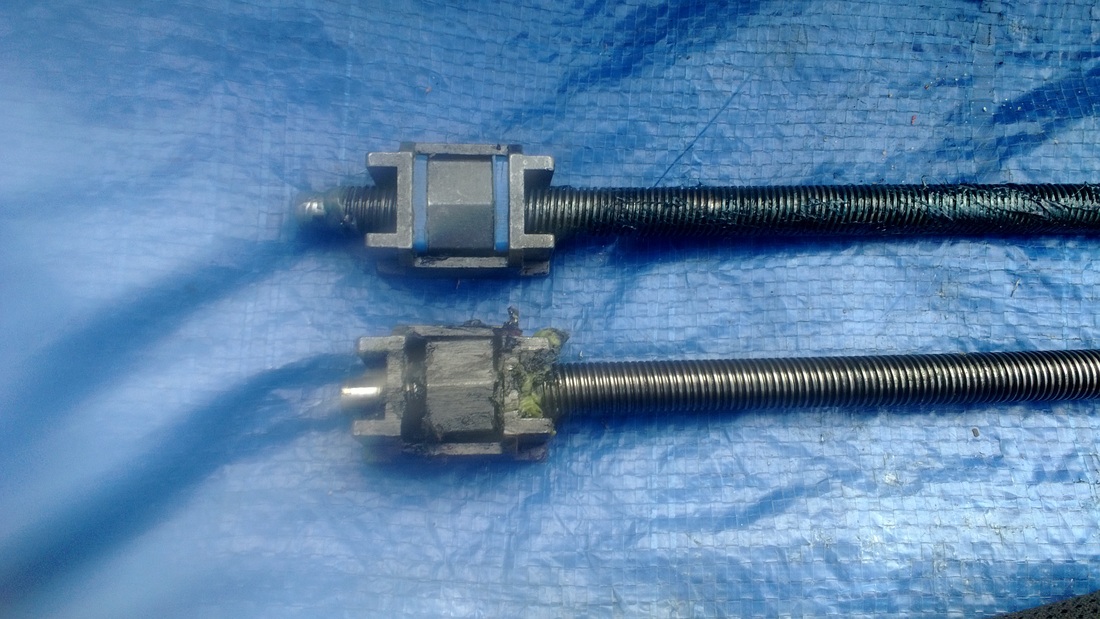 Pull the rail all the way up and then put the gear back in, sliding them in together. When the gear settles use a flat head to push in the pun and them push the gear onto it. Use blue loctite on your bolts as you reinstall them. 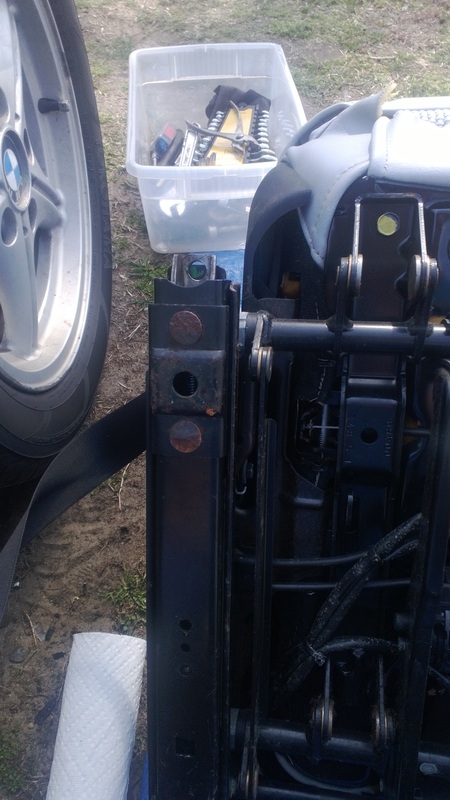 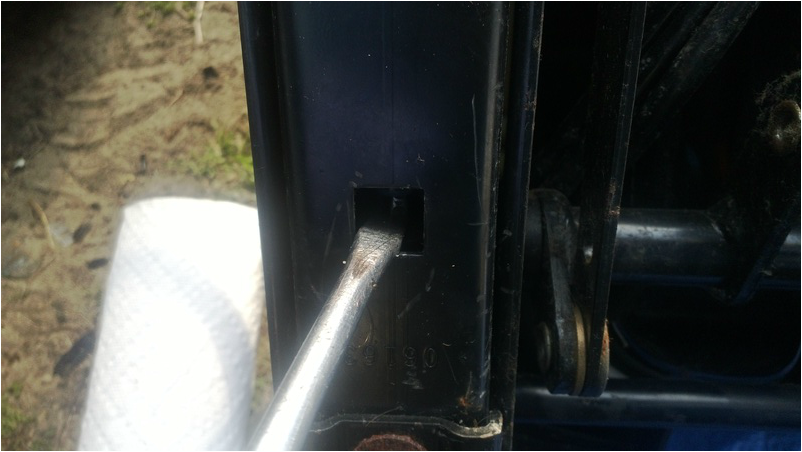 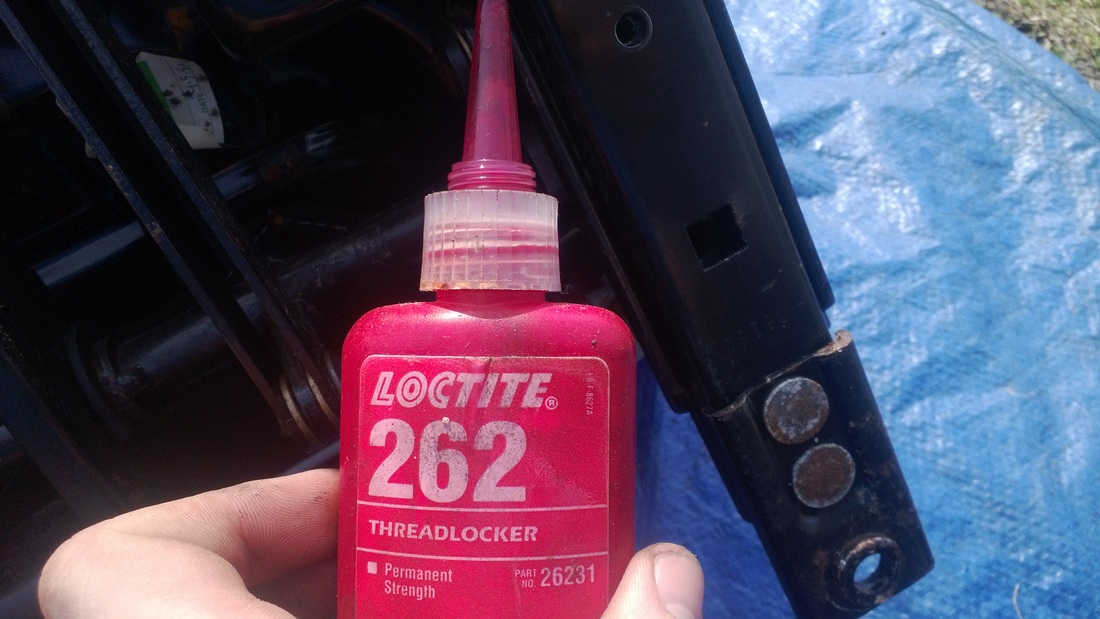