turn the wheel until you have access to the 13mm bolt on the top coupler. It is located to the left of the brake booster on a left hand drive car.

Turn the wheel until you have access to the lower coupler bolt and lock it. t is connected directly on your rack and pinion.

Remove the two 15mm bolts attatching the rack and pinion to the subframe, you will need a 15mm wrench also as there is a nut on the end of the bolt.

Pull the Steering shaft off, this will most liklely be the biggest challenge you will ever face. Unless somehow you have an abundance of luck and the couplers magically detatch without any force. Use a standard (flathead) screw driver in the slot of the coupler to give some reliefe and pull. Or do what I did and bang on it with a massive hammer and a massive screw driver. :)

Put the steering shaft in a vise, you will need to cut off the rivets to separate the pieces.

Separate the top by cutting the two rivets. 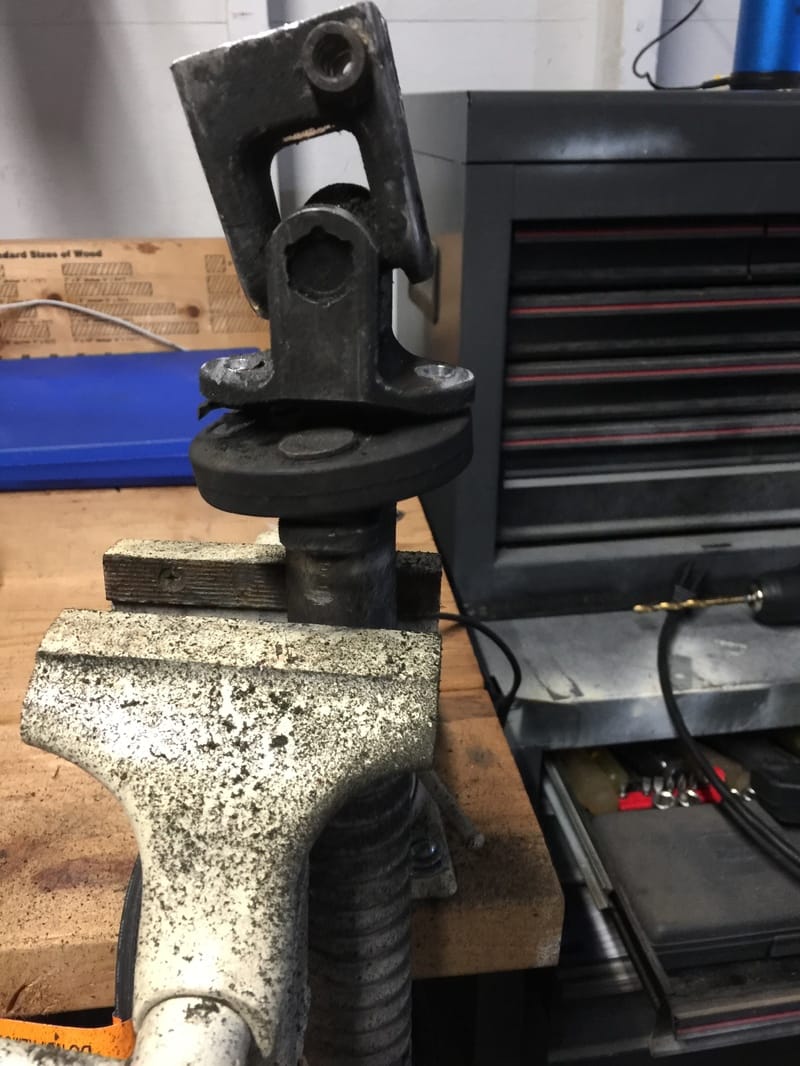 Separate the rest by cutting the bottom two rivets. 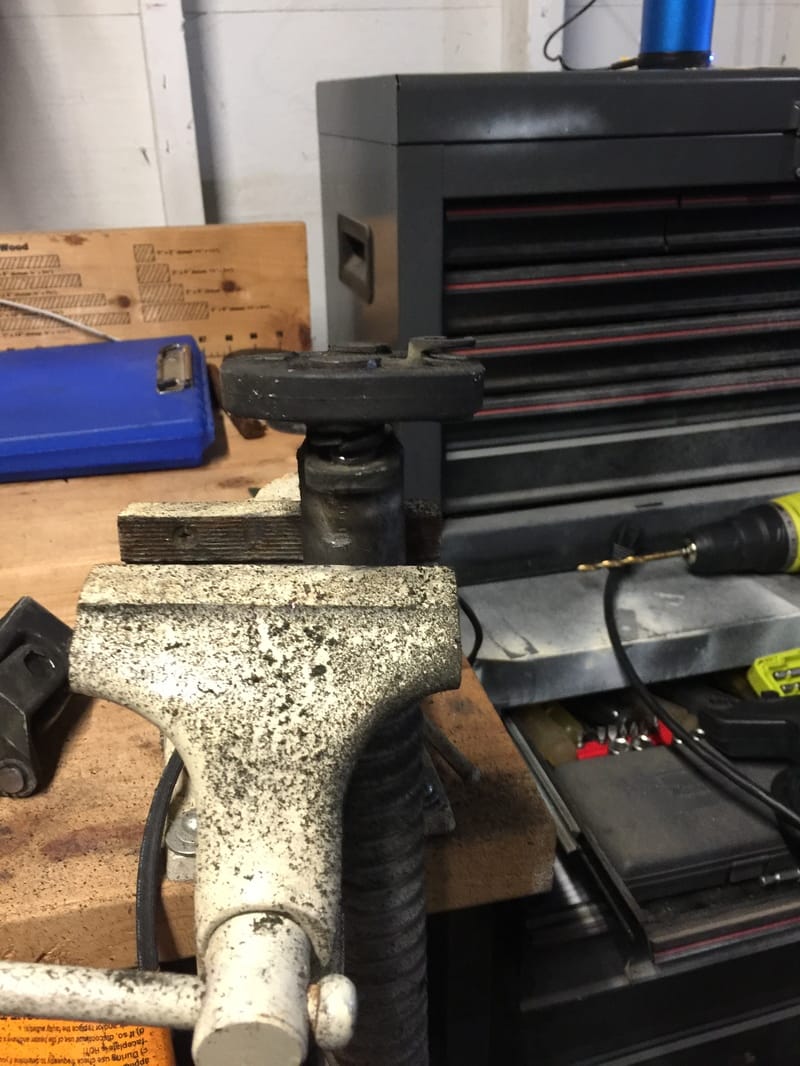 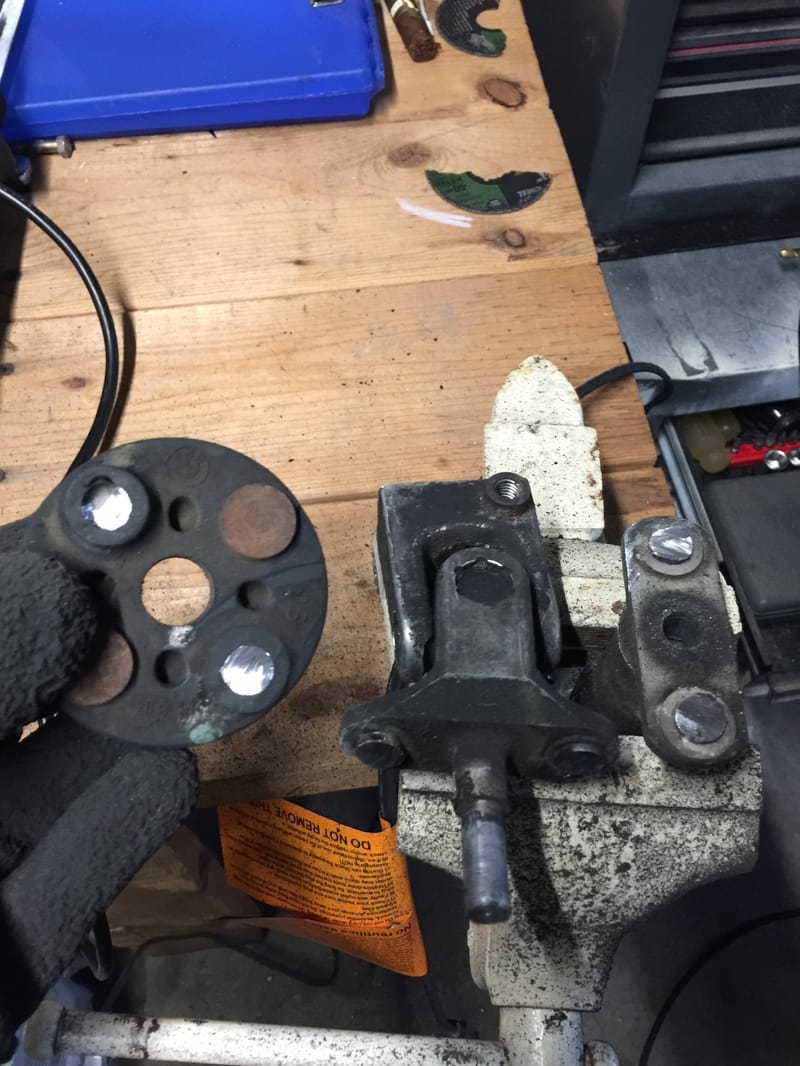 You will now need to press out or drill out the rivet blanks that are left in the top and bottom half.

Pop out the rivets from the rubber bushing to use it as a template. Grab your puck and make some holes. 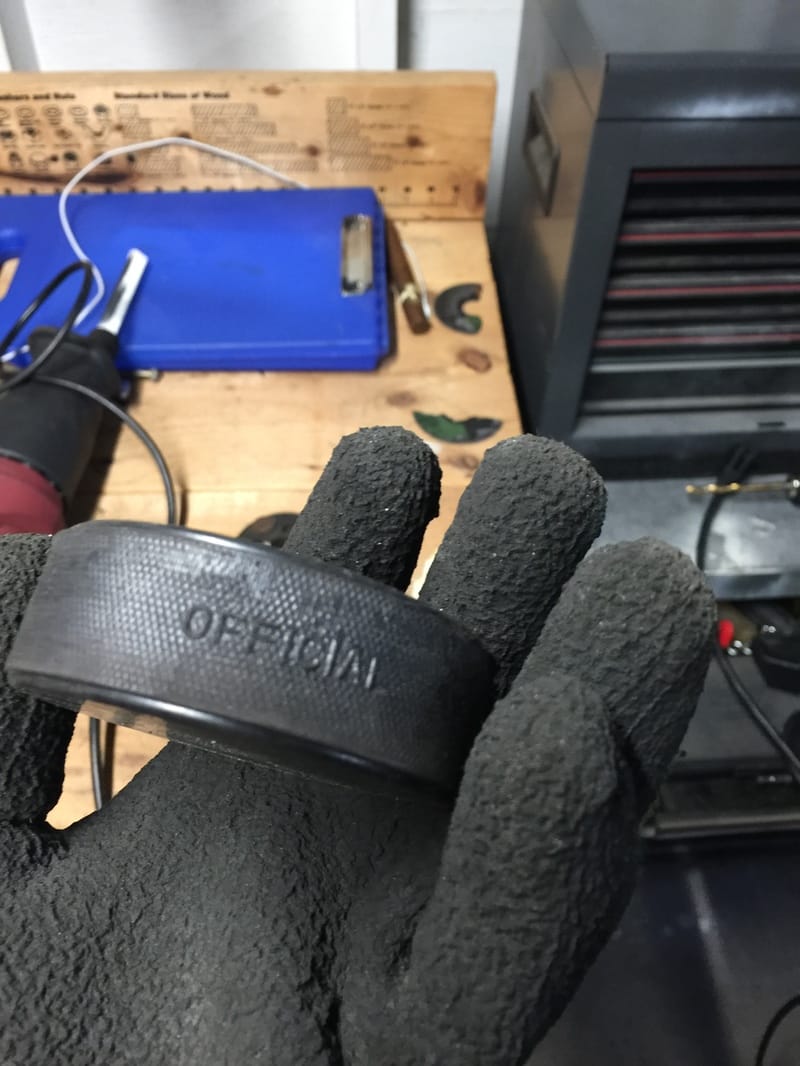 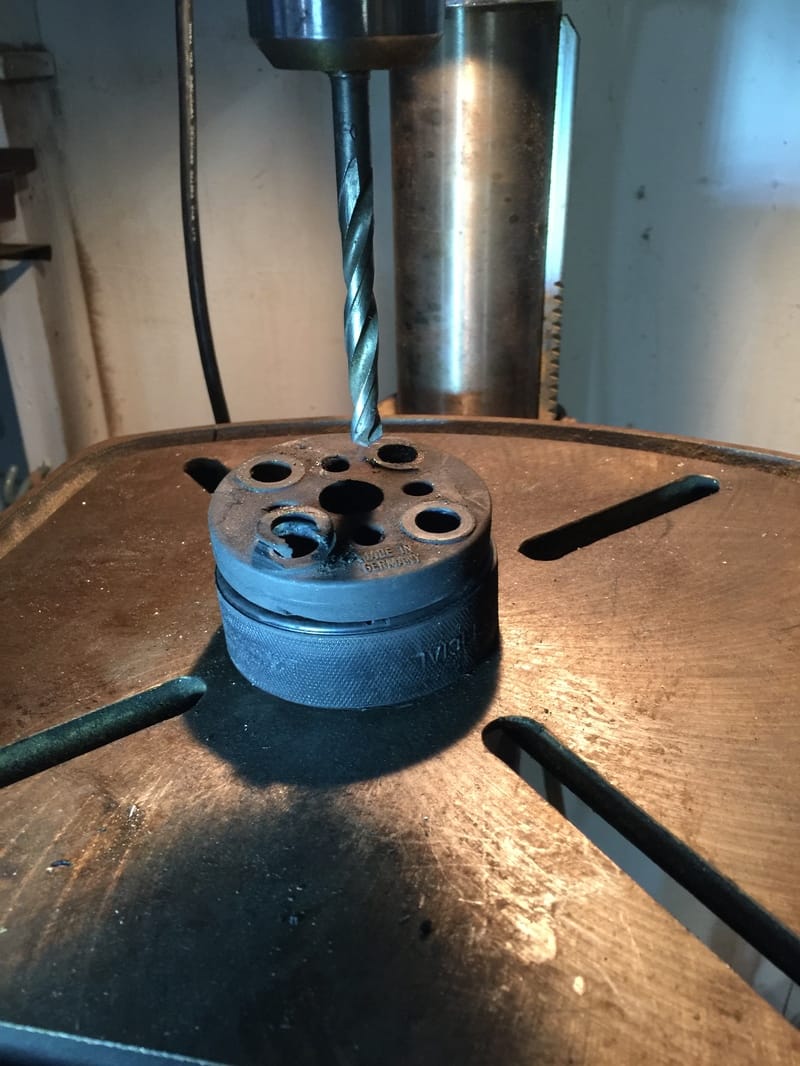 Bolt it all together and reinstall it in the car. 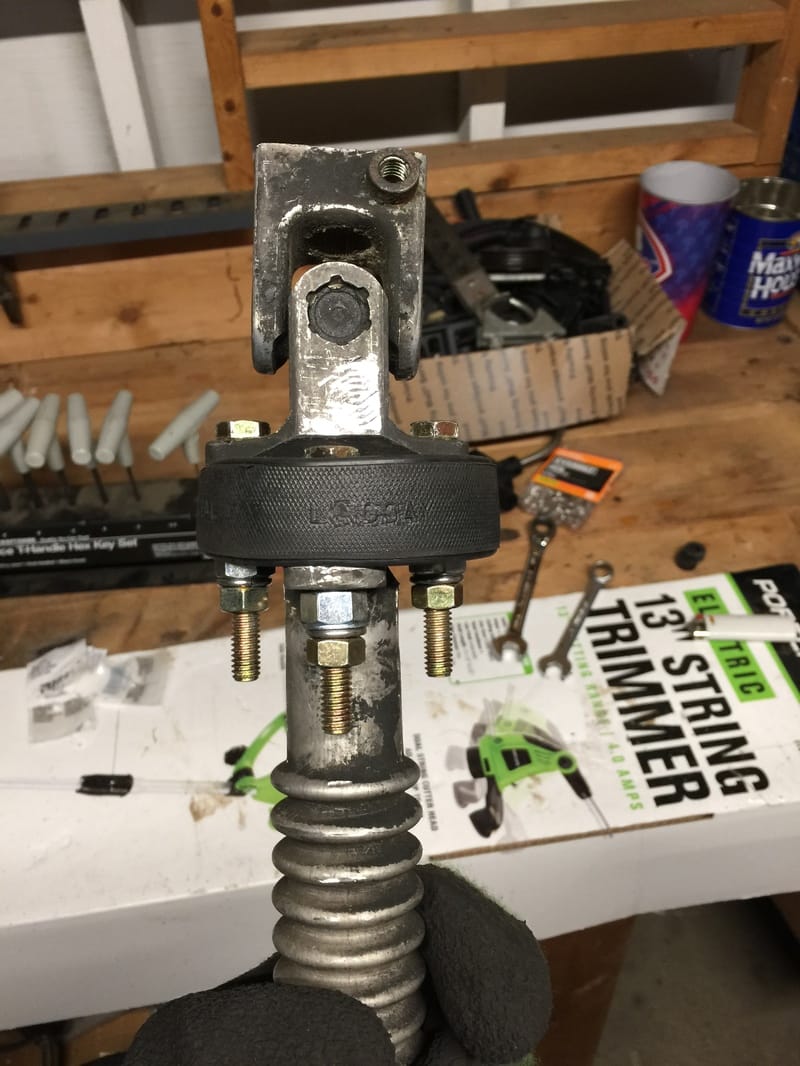